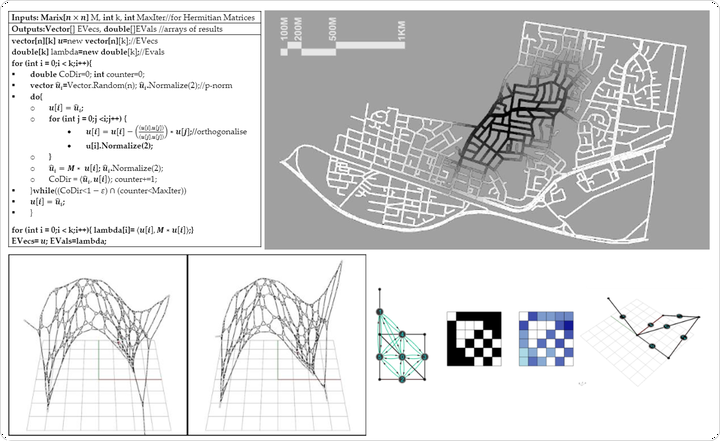 Spatial Networks represent the connectivity structure between units of space as a weighted graph whose links are weighted as to the strength of connections. In case of urban spatial networks, the units of space correspond closely to streets and in architectural spatial networks the units correspond to rooms, convex spaces or star-convex spaces. Once represented as a graph, a spatial network can be analysed using graph theory and spectral graph theory. We present four steps of modelling a spectrum for an urban spatial network; present an implementation of a state-of-the-art spectral graph-drawing algorithm and showcase a Spatial Eigenvector Centrality index, which is based on a novel definition of spatial networks based on Fuzzy Closeness indicators computed using Easiest Path distances.